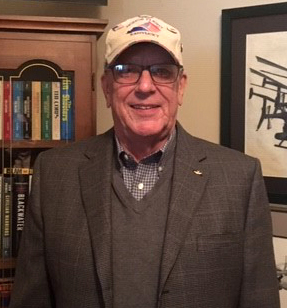 Phill Pittman is one of the seven founding members of Honor Flight Kentucky and has served as Board Secretary for the past three years. He is a retired 26-year Army Aviation veteran currently residing in Versailles, Ky.

Phill has been very active with increasing public awareness about the Honor Flight program, and from day one he said, “Being involved with HFK has solidified my belief that there is ‘No Greater Honor’ than to give back to the men and women who have worn the uniform in service to our nation.”

...and they're off for the Honor Flight Kentucky N

Good morning from Keeneland! It's a great day for

We are so excited for the inaugural in-person No G

Honor Flight Kentucky is an official hub of the Honor Flight Network. Trademarks and Copyrights are the property of and are used with the permission of Honor Flight, Inc.